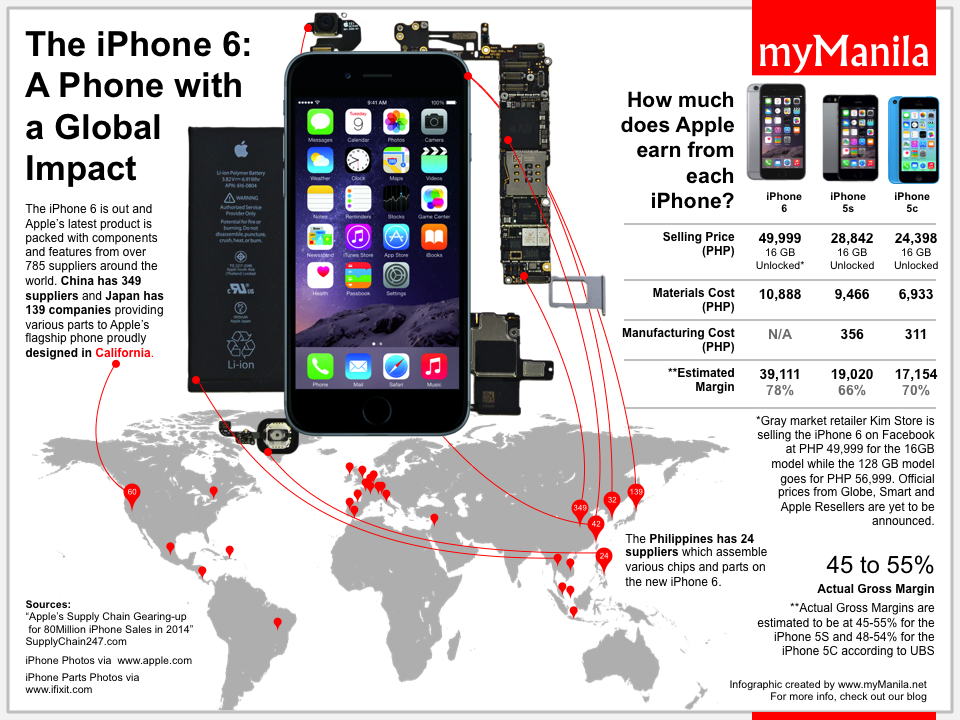 With an almost 50,000 peso price tag, Forbes estimates that the iPhone 6's parts cost USD 245 (roughly PHP 10,888) for a basic model. That means Apple still earns about 78% from each unit (based on unit price vs. manufacturing cost alone). If you factor in other expenses, that totals to a Gross Margin of around 45%.

The iFixIt Teardown and the Apple Supplier List 2014 paints a picture of how global the iPhone actually is: camera lenses made in Taiwan, chips made in China, screens from Japan and Korea and more than 785 suppliers worldwide make the iPhone a truly global phone. In fact, there's a little bit of the Philippines in it with 24 suppliers coming in from Manila. Similar to FoxConn from Taiwan though there is some controversy with one of these local suppliers. That doesn't stop us from becoming the 5th country with the most number of suppliers to the iPhone maker.