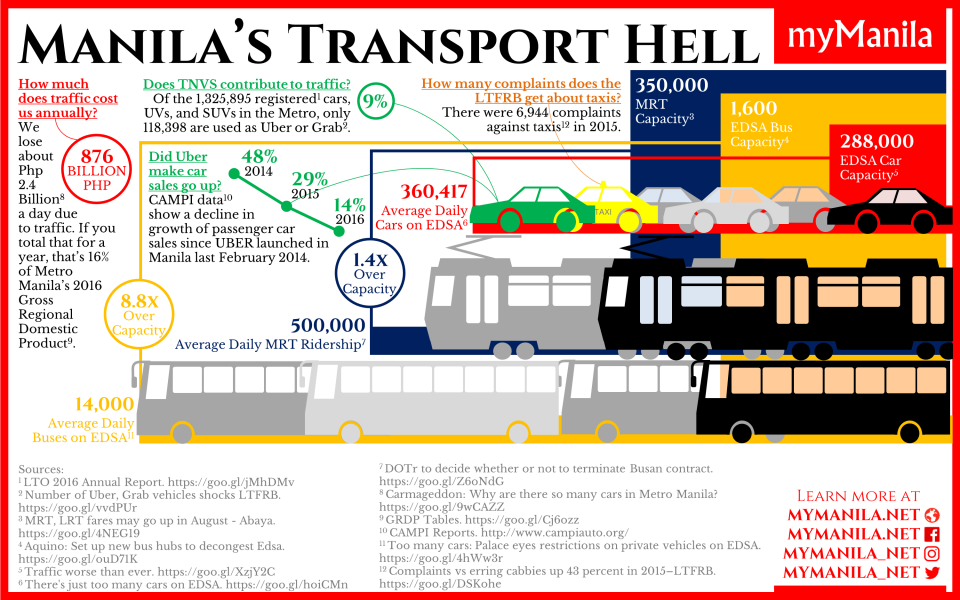 It's been a busy year for me (work, travel, life in general) so posts have been a little delayed but I've received a couple of requests to update statistics on traffic in the Metro in particular on whether Uber/Grab which are considered by the LTFRB as TNC (Transport Network Company) which operates as TNVS (Transportation Network Vehicle Services).

Without TNCs, we are limited to either bringing our own car or taking public transportation like taxis, buses or the MRT. It is counter intuitive for the LTFRB to promote self-driving to work if they are calling out the additional traffic that TNCs cause. So this leaves us with public transport like taxis - which had over 6,000 complaints in 2015, buses - which are choking EDSA at 8.8 times over the highway's intended capacity, and the MRT which is 1.4 times over its intended capacity.

How easily does Manila sink in flood waters?