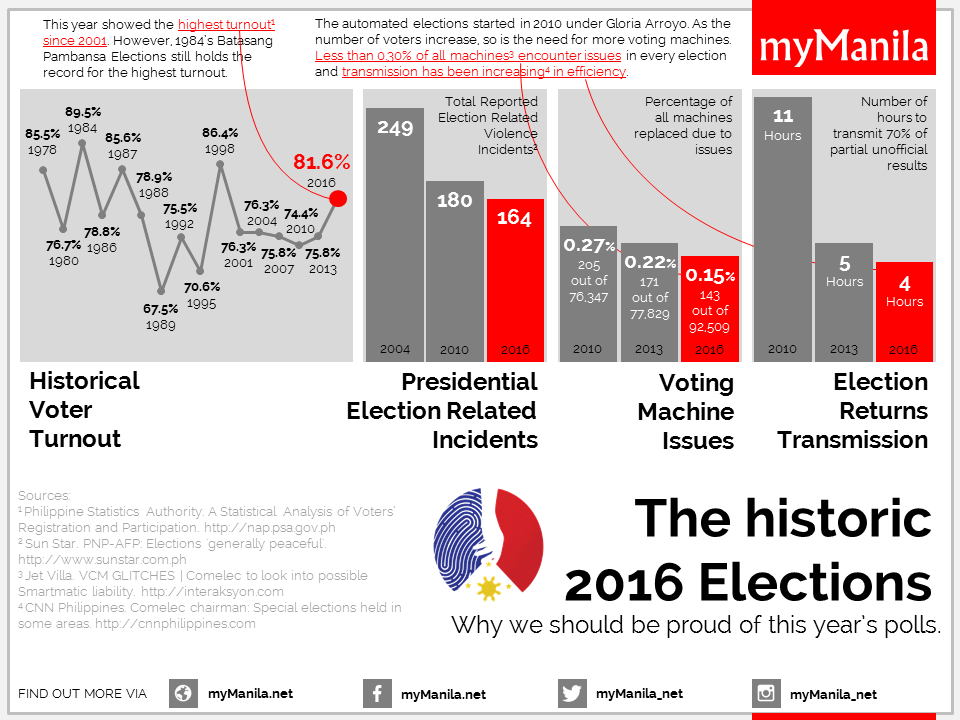 The partial and unofficial 2016 Philippine Elections results were received at a break neck speed: in less than 4 hours, over 70% of all vote counting machines (VCM) have transmitted their results but that's not all that we should be proud of.

The speed and efficiency of delivering the partial unofficial results is the primary achievement. What used to take days or weeks in the previously elections can now be done in a couple of hours.

As the number of voters grow, the number of machines for each clustered precincts also need to grow. With each election year, there is a corresponding decrease in machines that need replacement.

According to the PNP, this year's elections was generally peaceful. If we look at previous Presidential elections, the trend for Election Related Violence Incidents (ERVI) has been decreasing (Source: Democracy at Gunpoint, Vera Files).

Lastly, the turnout for the last few elections has been at around 75%. We've jumped back to a turnout of 81.6% this year, the highest since 2001. However the highest turnout for an election still remains at 89.5% during the 1984 Batasang Pambansa Elections

How does the automated elections work?

An Objective Guide to the 2016 Philippine Elections