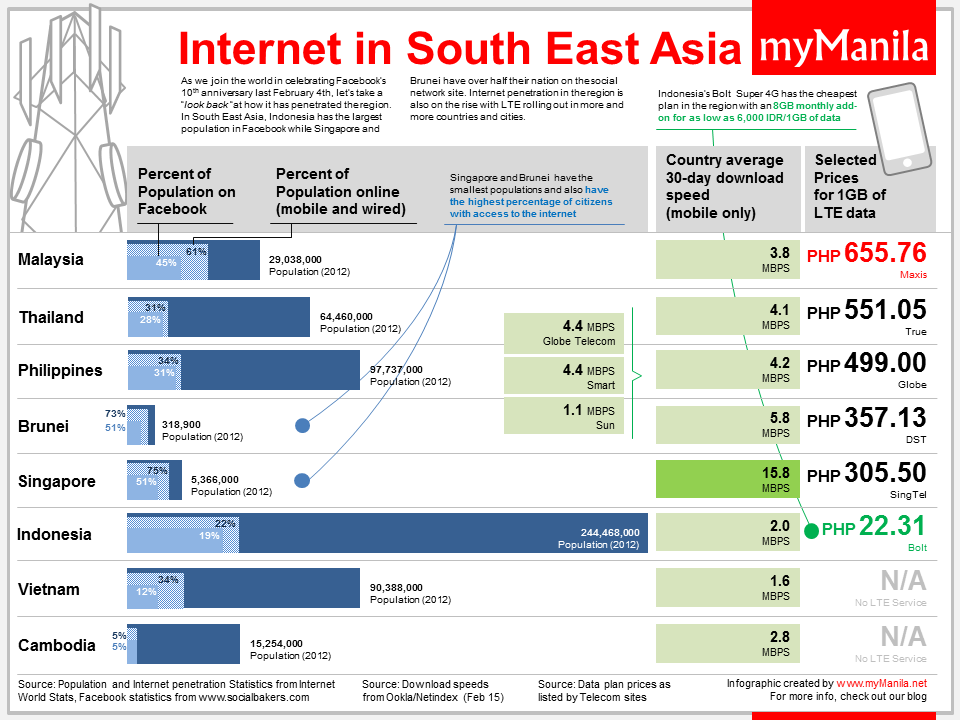 Last week, Facebook celebrated its birthday and it got me wondering - how has this social media giant influenced our country (and the region)? It looks like a majority of the countries in the region are on Facebook and in terms of percentage Singapore and Brunei dominate BUT in terms of sheer size, Indonesia (the most populous in the region) have over 47 million of their residents on Facebook. Interesting fact, Cambodia has roughly the same percentage of its population online AND on Facebook.

One could quickly compute that in general, 70% of the online population of any country in the region can be found on Facebook. One needs to dig a little deeper on the number of hours this percentage spends on FB so we can get a deeper understanding of the social networking site's impact.

We also sampled the wired and mobile download speeds of these countries based on Ookla (Speedtest) and checked out LTE prices from different vendors in the region. The prices are a random sampling and do not necessary reflect an exhaustive search for the cheapest prices in that country. The download speeds are an average from the last 30 days as of Feb 10.

Online Shopping in the Philippines: Is it a myth?